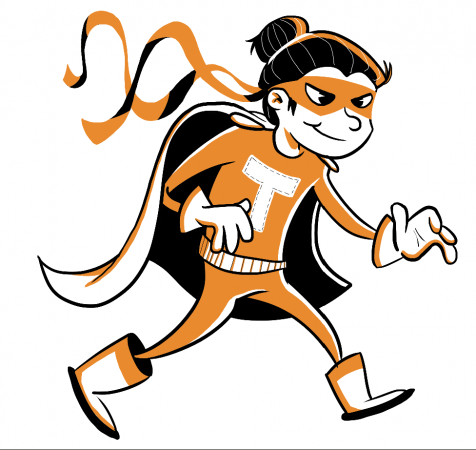 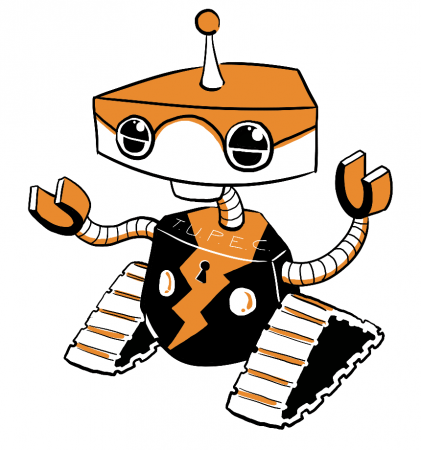 At the Franklin Institute in Philadelphia, Pennsylvania, there is an overnight program, Camp-In, for families and scout groups during which guests get to sleep over in the exhibits, experience exclusive live science shows, and engage with themed science workshops.

During the 2014-15 season, the theme was “Seen and Unseen”, which let campers explore different ways of perceiving their environment, using tools like high speed cameras and uv lights. The staff of the program were looking for some extra motivation to get campers to go to each of the workshops, and brought us in to create a characters and a plot that fit with the theme and would give campers a mystery to solve throughout the evening.

Campers received clues about where the villain, Ada Jensen, aka “Traceless”, had hidden an eyepiece for the large Zeiss telescope on the roof of the museum. She had not had time to escape with her prize, and had stashed it somewhere in the museum. The clues were given to them by TUPEC, The Unseen Physical Evidence Collector, their robot helper, for completing experiments at each of the workshop stations. Each clue was a small piece of a painting of Galileo that appears on the wall of a theater at the Franklin Institute, and the eye piece was hidden under the seat directly below this painting. These clues allowed them to send staff to the correct location to retrieve the stolen eyepiece during their evening show.

All images are copyright 2014, Kristen McCann, Graphic Designer at The Franklin Institute.